About The Jirani Project

The Jirani Project is a grassroots, nonprofit organization dedicated to the education and support of Kenyan children living in difficult circumstances. Run entirely by volunteers in the United States and one full-time staff member in Kenya, The Jirani Project provides these children with the support needed for shelter, food, school tuition, clothing, and basic medical care.

Thanks largely to the generosity of our Jirani Sponsors, we are able to move vulnerable Kenyan children (who have been orphaned , are refugees or are in other difficult circumstances), from intolerable conditions to boarding schools or guardians’ homes in which they can learn and thrive. They are provided with food, clothing, schooling, basic medical care and counseling. 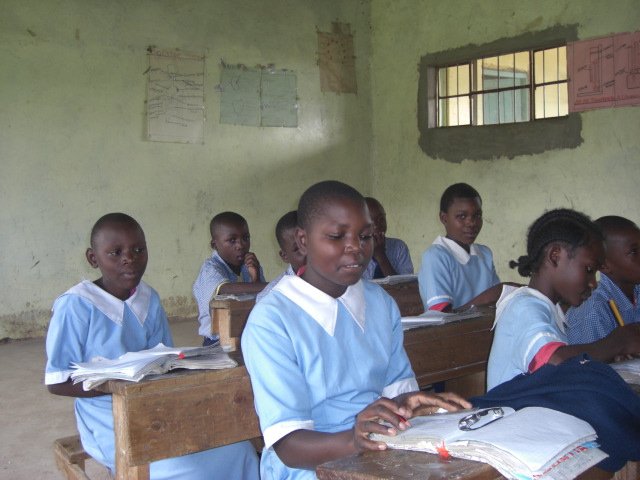 In addition to providing for all costs related to children’s education, The Jirani Project provides other material and social supports to every foster family or guardian, so each sponsored child can be properly cared for. The Project Coordinator, Mark Okello, facilitates this process–from finding guardians for orphans and services for children and families.

The Jirani Project was co-founded by Mark Okello, social worker and former coordinator of Kids to Kids in Nairobi, Beth Blue Swadener, professor of early childhood education at Arizona State University (who has done work in Kenya, including volunteering with street children, since 1992), and attorney, Stefanie Sidortsova. Both Mark and Beth were also involved in the founding of Kids to Kids, which provides an informal school to help children transition from the street to other primary schools.

Mark grew up in poverty and was sponsored to school by an American, who is now a contributor to the Jirani Project. Mark vowed to help make a difference in the lives of other children in difficult circumstances, and has worked with street children in both Nairobi and rural areas (primarily in central and western Kenya).

In his visits to slums and rural areas alike, Mark was struck by the growing number of children who were found at the sides of parents dying of AIDS or trying to raise their younger siblings when nobody in their extended family were able to take them in. Beth sponsored several children in Kenya, invited people she knew to join her in doing the same, and wanted to start a formal organization that would provide funding.

Around that time, Stefanie Sidortsova approached Beth and told her of her desire to start a non-profit organization that benefited AIDS orphans in Africa. They then decided to work together to formalize what Beth was already doing with Mark through the formation of an all-volunteer Board of Directors and formal incorporation of the Jirani Project as a non-profit.

Over the years the Jirani Project has increased the size of its board, and grown to care and provide for over thirty children in Kenya.

The Jirani Project children themselves named the organization with the Kiswahili word “jirani,” which means “neighbor.”

The Jirani Project is a group of people serving as neighbors to African children; helping them the way that a friend or neighbor would.

Give to the Jirani Project

The Jirani Project is a 501(c)(3) nonprofit organization, and all donations are tax deductible to the full extent of the law. Your gift will have a vital impact on the lives of Jirani children, and will be received with gratitude!